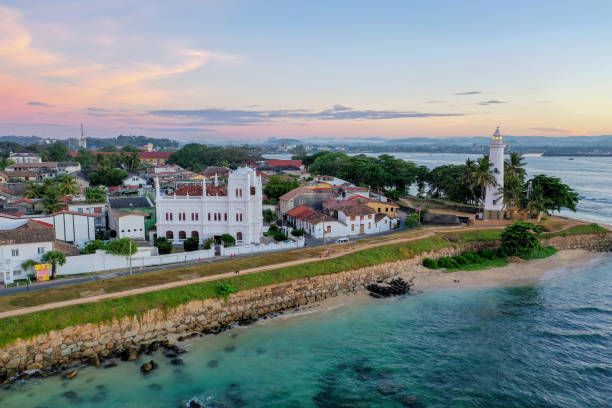 Maritime security, digitisation and what you can do in 23 hours, how we ended up solving Crew Changes

In my first business, we protected ships from piracy.

That was the fastest we had ever mobilised a security team for deployment, from client request received to the team stepping onto the vessel, in Galle, Sri Lanka in 2013. Whilst we had to consider the intricacies of moving firearms between countries, maritime security team mobilisation was easier then conducting a crew change, there were no experience matrices, crew planning requirements to match an On-signer with an Off-signer, but the core elements of a crew change were there.

For our operations team their daily routine was nailing down these variables for every security task that came in and giving the commercial team a go/no go response. It was fast paced exciting and inevitably we all experienced “Marsec Fridays” or the deluge of requests that would hit our desks just as commercial teams finalised charters before the weekend and the vessel security requirements would make their way to us for execution.

I had read some nascent books on technology at the time and their impact in business operations (one called the Launchpad was a signpost to my life ten years in to the future) and I had always thought that much of the process of what we were actioning could be automated.

Booking flight tickets, issuing quotations, contracts, tracking the vessel on Marine Traffic, staying in touch with the master and the port agent via email to monitor the vessels eta - in none of these physical actions were my team adding any value. It was simply the fastest way to do it.

Where my team did add value was in the human factor.

We proactively invested in technology and had a guy come into the office to build a system for us. The outcome was that he spent 4 weeks in the office learning all about what we did and writing some code, and then he left and we never heard from him again. Apparently what we did was too complicated. We dismissed technology as something best left to Uber and Airbnb but beyond the comprehension of a team of knuckle-dragging former Marines.

That was in 2013 and following that our process did not evolve. We emailed the travel agent, called the port agent and kept asking the master for regular updates to their eta by email and we would phone him up if he didn’t respond.

We were trapped in the 1990s. Why did we keep operating that way?

Did I not have a vision where maritime security teams could be automated in terms of deployment, increasing efficiency, seamlessly dispatching Security Escort Vessels in West Africa and maximising efficiency, cost-savings and profitability within the industry?

Well the truth was, vision or no vision, the easiest way to solve these administrative problems was to hire people to administer them. It was the easiest option.

And in doing so we selected ouselves out of evolution.

It was also the option that would lead to the companies downfall and eventual squeezing out a a mid-tier player as the industry commoditised.

Initially cheaper security personnel, and then cheaper operations personnel came into the industry. We could not sustain our margins and we had to re-focus on lower volume high margin tasks such as oil & gas contracts and Superyachts.

Of course, with the benefit of hindsight, I can see how the careful application of technology could have led to us becoming the dominant player.

“Are there any other problems you guys are dealing with at the moment?” I asked one of the Company Security Officers at leading Singapore based ship management company.

“Well now that you mention it, we have a lot of crew trapped on Vessels. We have not been able to do a Crew Change since January (2020). We are hoping things will improve by the beginning of April” he replied.

It was the 23rd of March 2020 and I had flown back to Singapore from the UK a couple of weeks prior, the only person on the flight wearing a N95 Mask that I had picked up from a Builders merchants in Southampton before I left.

I felt a little odd, but my girlfriend had begged me to be cautious as she had just emerged out of 14 days stay at home notice after a trip to China and didn’t want to risk me infecting her and getting us both locked down for 21 days in Singapore. (As she mentioned... given the eventual pandemic this proved to be just another strong indicator that my girlfriend is always right; ) )

I was doing the rounds talking to different CSO’s about maritime security and our new platform Greywing that could plug them into security resources in the piracy hotspots the Gulf of Aden and the Gulf of Guinea, when they mentioned Crew Changes.

Over the next few months I felt like I was re-learning many of the lessons of my days operating a maritime security company, except this time all of the problems were harder, because crew changes are much harder to manage then security teams, and furthermore they were complicated by Covid.

Before COVID being a Crew Manager was a hard job, but manageable. After COVID it became next to impossible.

When we talked with them about how they found the information we were met with a host of responses, online maps provided by port agents, daily emails from their suppliers but in all cases this information conflicted with one another, it was hard to isolate what was true and what was not true. An entire crew change planned around a single data point could be cancelled at the last minute, it was a situation in constant flux.

It raised the question,

“Why can’t crew managers have the information that they need to make a decision on a crew change, at their finger tips, any time they want it?”

Chasing agents, talking to travel agents, emailing the master for updates on etas and researching different sources of data does not add any value to a crew managers day - if there is an easier way to do it.

I suspect the tasks that add value within crewing are similar to those I managed during my time in security.

The performance of either a vessel or a security team is primarily down to human factors.

I always said that in security we look for the qualities of competence and humility.

How are you meant to develop that awareness and build that relationship with your team if you do not have time to talk to your people?

That is what Greywing is all about. Automating the mundane, low value/high effort tasks so that Crew Managers can focus on the high value tasks.

If you would like to stay in the loop with what we do, reach us here.