Semaphore enables you to send emails to 5 or 50 agents with a few clicks. No writing is required, unless you want to add notes and it is the fastest way to quickly generate feedback on port state and immigrations restrictions at the touch of a button.

We are delighted to release Version One of Semaphore, check out the video below and for a bit of background to Semaphore's creation, and then read on below. : )

How our User's helped us create Semaphore

"Is there anything you want to say before we finish up?" I asked.

I was on a Zoom call with one of our client's Crew Managers and the person responsible for crew spread across 12 vessels.

She took a moment to think, looking up and to the right, and then her eyes looked straight into the camera. "I hope Greywing will reduce email overwhelm. There is too much communication, and much of it is unnecessary."

She was the first to say it. But there was not one Crew Manager we spoke to who was not under pressure from the volume of emails that had to be sent and received.

I had been interviewing all of our Users. Greywing had been deployed with Crew Managers using the platform for several months and people were keen to speak with me to tell me what they wanted from us. The increased efficiency that we delivered in routing, flight search and port state and immigration restrictions was good, but it only scratched the surface of what we could help our Users with.

Automating elements of email was the one thing everyone wanted. When we conduct User interviews we score each piece of feedback with the following criteria,

We had identified that I had a habit of asking leading questions to get the feedback that matched my own pre-conceptions. So we had to be strict, if the feedback was something I prompted, it received a lower score.

In this case, the feedback was a 5: Universal from every Crew Manager we spoke to, and unprompted.

The problem Crew Managers faced was threefold. Firstly, they needed up to the minute, accurate information on what the latest requirements for crew changes were. The most reliable way to verify opportunities to conduct crew changes was to reach out to the agents directly as their knowledge was sometimes ahead of the curve.

Secondly, Crew Managers had been telling us that some agents were better than others; the efficiency of port agents varied from port to port, individual to individual. They were in situations now where if their existing agent could not make a crew change happen at a specific port, then they needed to find one that could - if possible. That meant reaching out to multiple agents at each port across several port calls - increasing the chance they would find one that could make a crew change happen.

And finally, the sheer volume of emails. Crew Managers would tell us of copying and pasting the same email into ten different emails to reach out to port agents. Surely they asked, we could cut that down to just writing a single email?

That is what led to Semaphore, the first iteration of an email automation tool specific to shipping that operates and is triggered directly from Flotilla, our Operations Room Interface, enabling users of Greywing to make rapid assessments of what needs to be done to optimize crew changes and to trigger those actions, with a single click, from inside the platform. 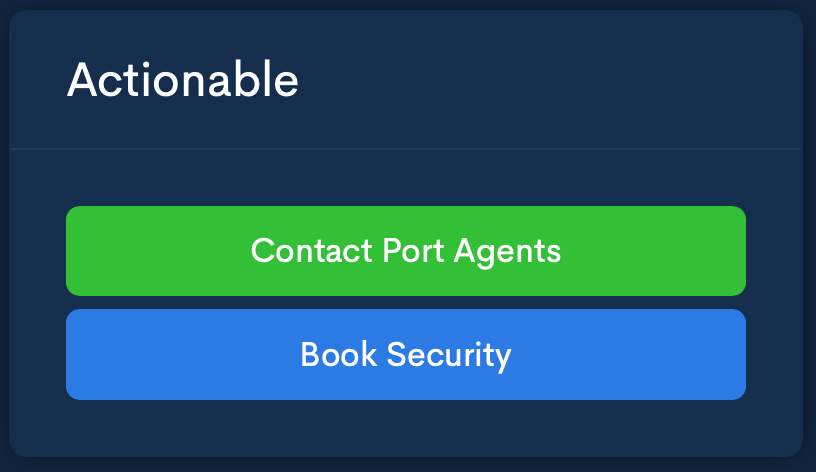