What Posidonia meant to me

A founder in Maritime Tech

For the first time

It was never on my mind to attend Posidonia. The first time it occurred to me was when Calypso, one of our collaborating partners at ATPI, mentioned it to me in March. Having never been to Posidonia before, I felt like I had to say yes. But my honest feeling was that it would be a week out of the office that could be spent better elsewhere. But that is life as a CEO: you take advice from people who have the experience and discount your own predilections, which tend towards doing the same thing and not rocking the boat. 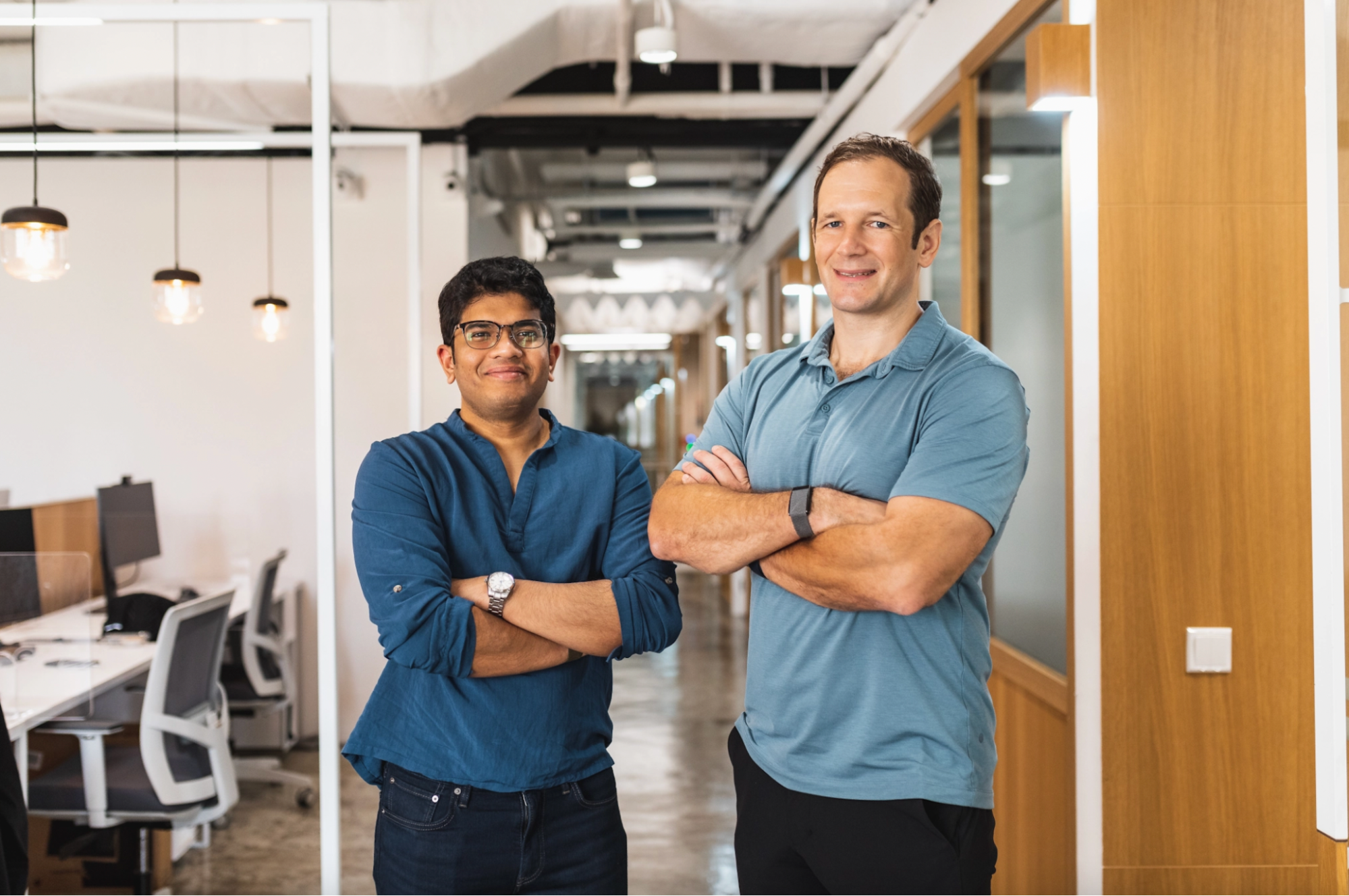 So the die was cast, Hrishi, our CTO, and I were going to Greece and were going to make a week of it. I had imagined a relaxing 10 days with plenty of opportunities to take in some fascinating Greek history and perhaps even find the time to get away to one of the fabled Greek islands. It would be like a holiday but with a couple of meetings thrown in… I had started to warm up to the idea of getting away from it all.

Did not see it coming

Arriving in Athens hit me pleasantly and gently. Wandering around some of the historical parts with beautifully crafted homes reminded me of Clifton Village in Bristol, a place that I had lived in for many years. It was relaxed, friendly, and had plenty of quirky cafes, and a panoply of shops, each one selling slightly more bric-a-brac than the last one. It made me silently thankful that I had left my girlfriend and her cat-like curiosity safely in Singapore. 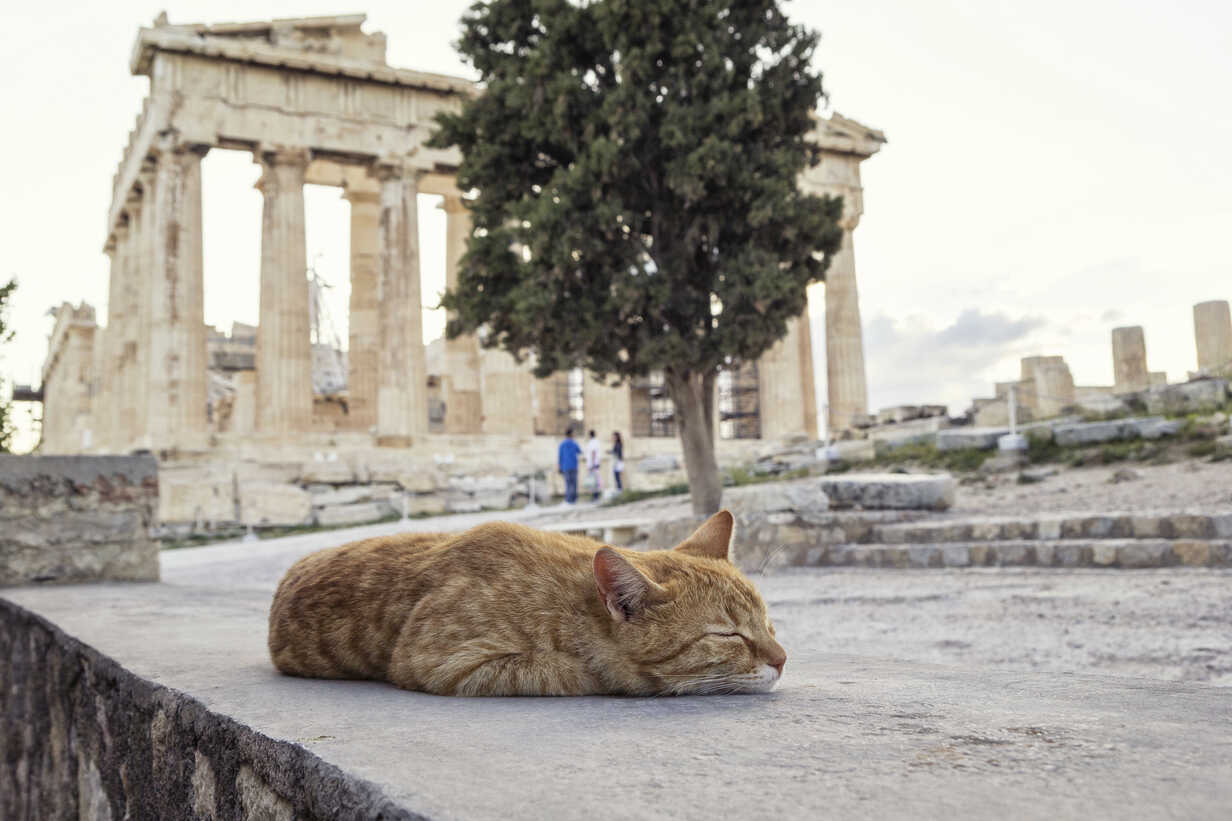 I kicked off my trip with a visit to the ATPI office and spent some time with Nikos and Calypso. Together, we met some mutual clients and prospective customers. We also reviewed and broke down the progress of trials along with the deployment of Greywing. It was the first time I had met these people, and yet some of them I had known for years.

The weekend hit and I had a stack of work ahead of me - prepping demonstration videos, reaching out to people I had promised to meet up with, and making sure that we had a game plan in place for the week to come.

Sunday arrived and I met my fellow Greywing team-mate, Meghna. Hrishi had struggled to make it into Athens with scheduling conflicts and Meghna was starting work with us that week as ‘Head of Growth’ and I thought, “Why not get her out here?” She would learn more about the shipping industry in a week at Posidonia than she will in 6 months working at an office.

Meghna and I had a coffee catch-up, ran through some demonstrations, and then all by itself, slightly unbeknownst to us, Posidonia began.

An early morning WhatsApp message popped up on my phone from one of our Investors, Shaun, at Motion Ventures. I suggested we meet for coffee in an hour and we rendez-vous’d at a secret cafe location. We met in person for the first time and had a great catch-up, after which he invited me to join him for a quick bite with Marina from TMV later on in the day. Meeting Marina was like being inducted into a maritime startup family. Meghna was an hour into her job and we caught up with a whole host of people including Dhruv from Shipskart, Vasileios from VDK Capital, and Marina’s friend, Pam, who worked in Chartering in Cyprus. This unexpected bite turned into a 2-hour lunch and I think Meghna and I made our exit just in time for an early night and day one of Posidonia. 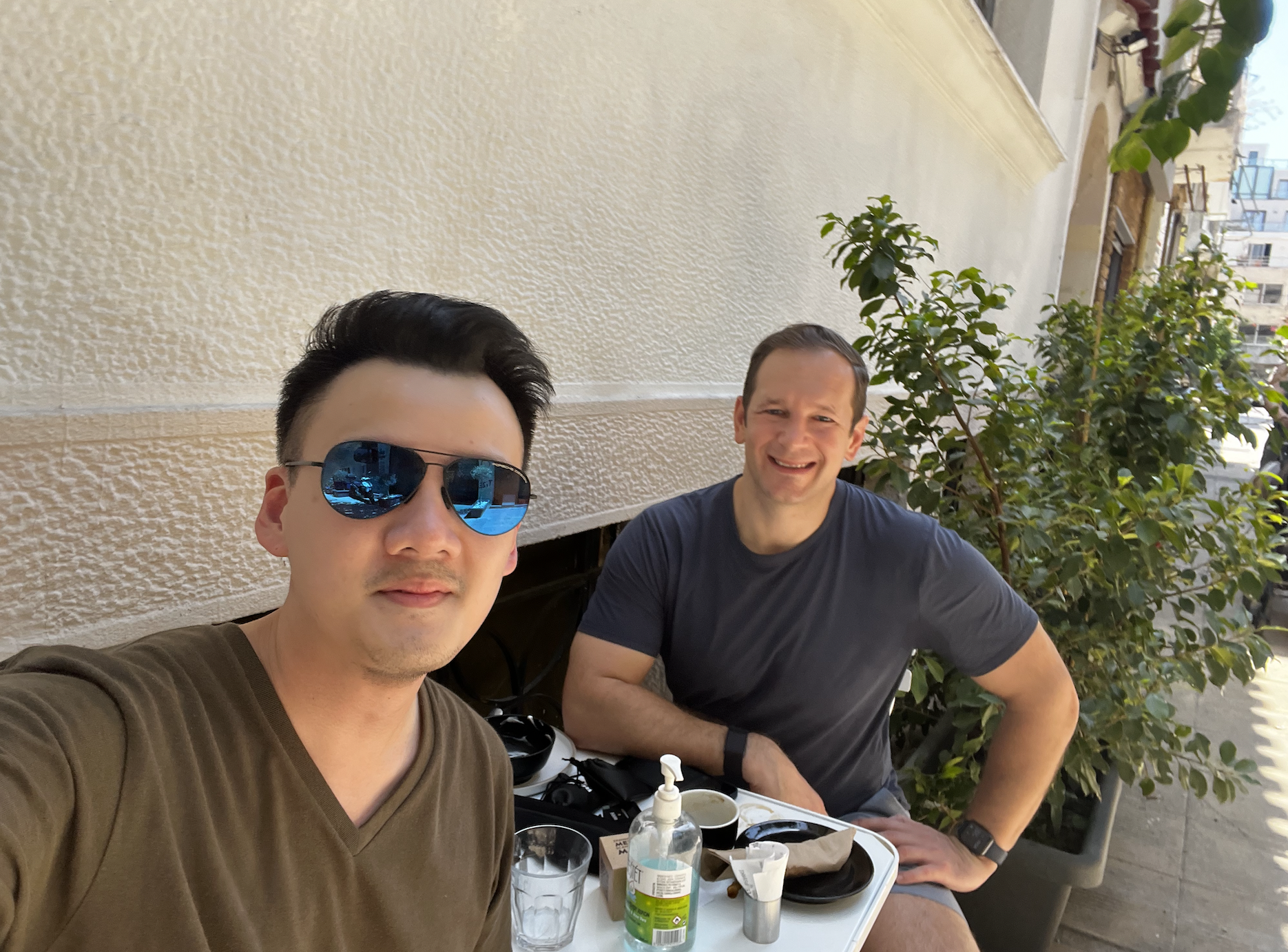 The plan was that Meghna would be on the stand that we were sharing with ATPI, Air France and KLM, while I would attend all the events and meetings with ship operators and owners. When I was not at meetings, then I would be at the stand.

If you have not been to Posidonia… things are spread out over a wide geographical area. Many of the clients are based in Pireas, Maroussi, Glyfada and Vouliagmeni, while the event itself is in the North-East of Athens, near the airport. Everyone has meetings, everyone is busy, and what that means is you just have to make it happen. My strategy for shows is: early to bed, and early to rise. I would normally have a 9 AM appointment with a ship owner, after which I would either continue with appointments, or attend one of the many conferences at the expo. Then, at the end of the day, time allowed - I would hit the show to catch up with Meghna and the ATPI team at the booth. 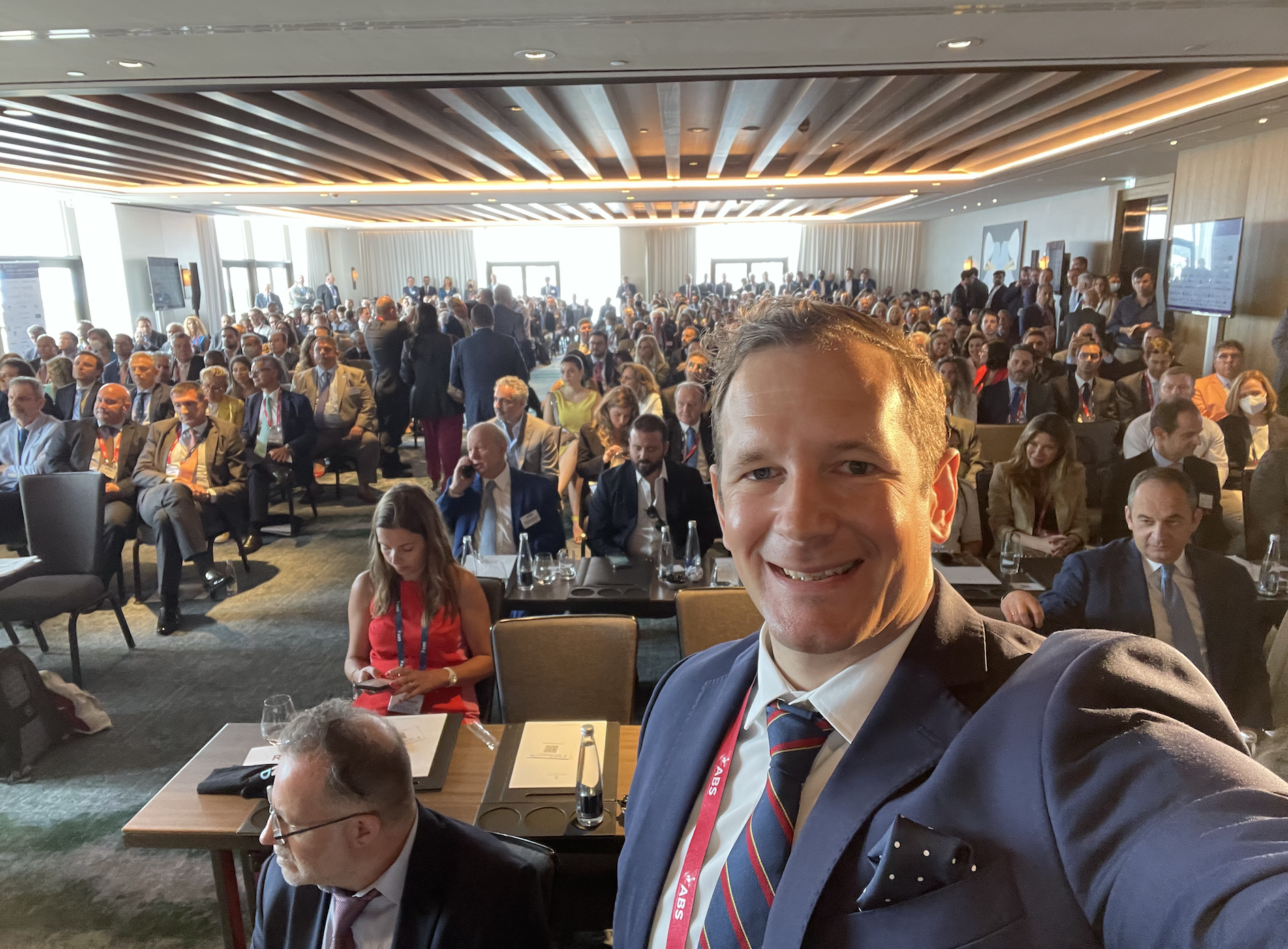 Very few meetings happened for me at the show. Meghna was invaluable, and I had many kind comments from clients talking about what a great job she had done of demoing Greywing (all in her first week 🙌🙏). Meghna would run through the demo and then link me into an in-person meeting and discussion onsite usually later on in the week, and sometimes, even on the same day!

It was relentless. I was aided by relatively early nights (usually around midnight), but by Wednesday, I was feeling it, and there was a real pressure to pack in as much as possible. I had not counted on the 30-45 minutes it took to get around in planning, and this compressed the time we had left at Posidonia. But the hosts we met were very gracious - in some cases I was late, in other cases, I had to cut meetings short, and in one case I outright turned up without an appointment on the off-chance that they were free (they were, but I had to wait 30 mins). It was a really interesting comparison to working in Singapore or perhaps, Hamburg. There was this air of spontaneity in the Greek shipping industry. I also noticed that meetings were faster, to-the-point, and more efficient. People make quick decisions (one way or the other) and there was an emphasis on getting things done.

It was as if there was an unspoken understanding that everyone was doing their best to make it happen and that made it really easy to work in a world of uncertainty, randomness and slim opportunities, which was also true of Posidonia. It was a really nice sensation.

I had a real sense of responsibility coming into Posidonia. Our engineering team had been working relentlessly on developing a cutting-edge digital product that automated crew changes. Something unique and something that was not widely known to the marketplace. I knew how good it was. And now it was built, the ball was firmly in my court to communicate that to the maritime world. The most advanced digital engineering to come into the world of crew changes would lie undiscovered if I did not get the message out there. I think I can safely say whilst there are lessons learned from this Posidonia for next time, Meghna and I left no stone unturned in our efforts to get our message out: Greywing automates crew changes, reduces Opex, and increases savings for anyone paying for, or managing a crew change.

For Greywing, the impact of Posidonia was immediate: potential clients, trials confirmed, and trials completed to move into contracts. I asked one CEO of a ship management company if he would be happy to sign a contract at the end of the week (who doesn't like a bit of timely PR?)... his response was “We won’t move that quickly, but we will move.”

And that is Posidonia. Posidonia is where the relationships start and the business follows. 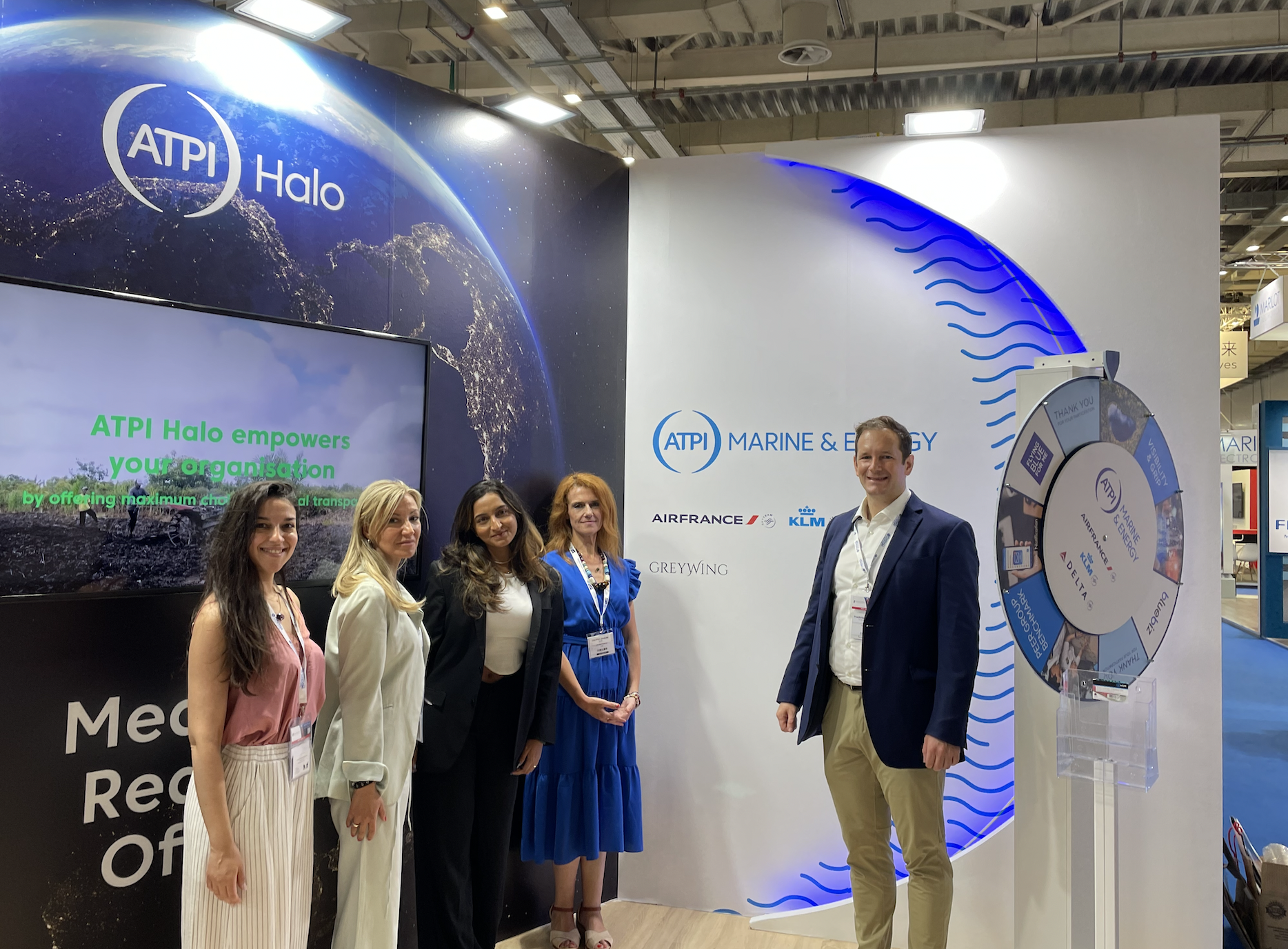 Thank you to ATPI for so kindly allowing us to share their stand, to the organizers of Posidonia, and to all of the maritime community who made the event such a special place to be.